■ Our founder who fell in love with hamburger

Our founder Sakurada Satoshi is my uncle and he opened the first shop in 1972 the year after McDonald’s landed in Japan. When he saw the queue lined with the McDonald’s Ginza shop at that time, he felt that Japan’s lifestyle would be the same as in America. He admired America from college days and was absorbed in Original Tommy’s Hamburgers (the 70th anniversary in 2016) that he met when he was in the US as an employee of Japanese securities company, which became “an unforgettable taste” for him. Finally he quit his job in Japan and went back again to America.

This was the starting point of his business and he asked Mr. Tommy Koulax, who was the owner of Tommy’s, which was never in a good location in the downtown of Los Angeles, to join his disciple despite being in a short period of time. He learned the hamburger philosophy of “Think of the way of hamburger in your heart” from the owner, and returned to Japan with the taste、seasoning, style of the hamburger and the service and business way in mind and opened MOS BURGER independently.

At that time there were many Japanese people who did not even know about hamburgers. My uncle was exactly a “venture business owner” itself. While McDonald’s advertised on TV commercials, we could only open a shop at an inconvenient location in Tokyo. However, as a result of penetrating the philosophy learned from Tommy’s, “the place of the shop is irrelevant if it is tasty”, we were able to make Japanese original Teriyaki burger brilliantly hit. Beginning with such a first shop, now we have about 1,350 outlets in Japan and more than 350 overseas. 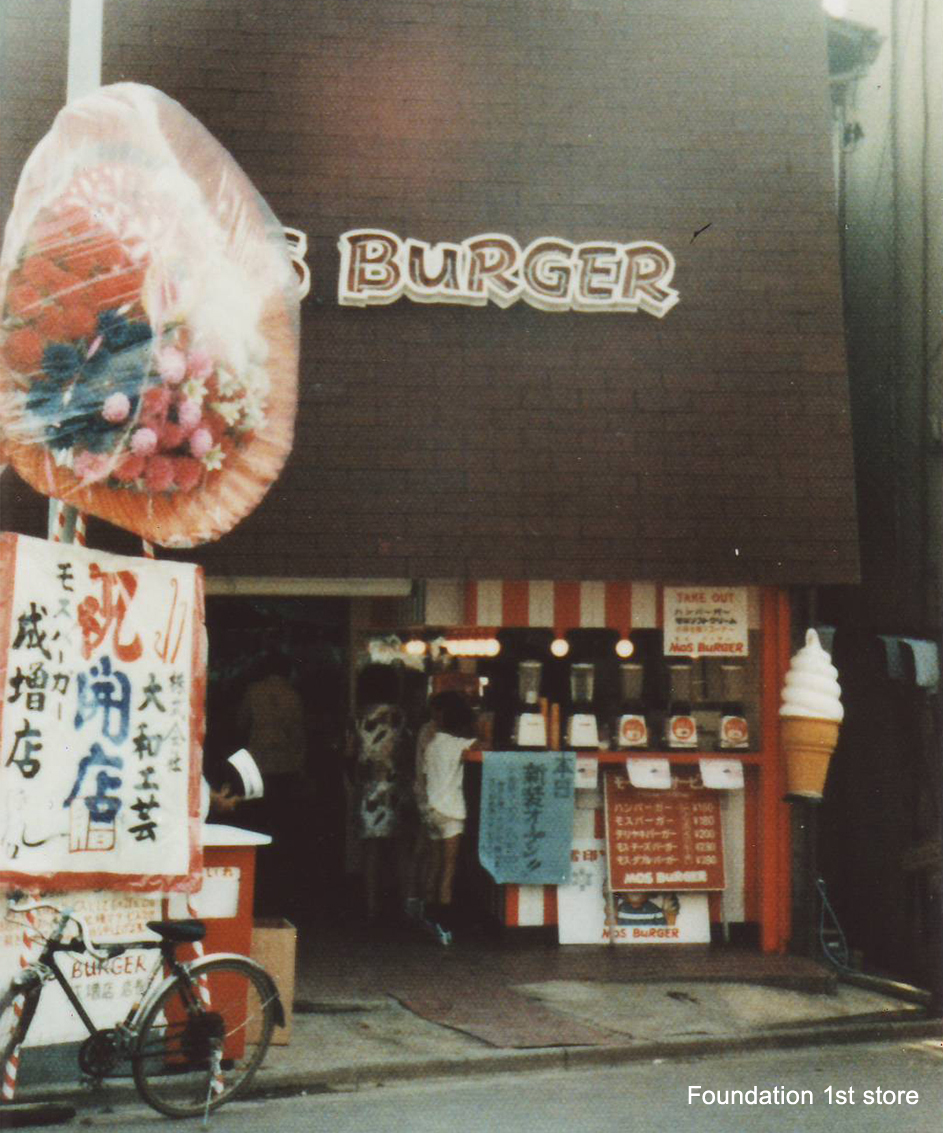 ■ The basis of franchise business is sharing of ideals

I tell you a bit about the food industry in Japan. Today, our food and beverage industry is entering a very tough era. The American food culture such as fried chicken, donuts and hamburgers has penetrated not only in Japan but also in the world, and now “home meal replacement” that can eat as it is without processing is expanding.

The food service industry itself decreased from 29.7 trillion yen to 25.4 trillion yen from the peak time of 1999, and the market size of the eating out falls itself. In the domestic hamburger industry, McDonald’s and MOS BURGER account for about 90% of total sales. We have been pushing through MOS BURGER’s own line of whether or not we can have better values than the location.

We have set a strict selection criteria as chain shop owner for those who wish to join. Before becoming a franchisee, we talk about the severity of this work, and we try to talk a lot of disadvantages in order to aim for sustainable growth. We check if a candidate’s heart is not easy to break.

For example, if a candidate considering a franchise wishes to operate as a couple, we ask the children ‘s age, etc. at the meeting and tell them “It will not be enough time to spend with your children” and check to see if that is really okay for the candidate. We spend a long period of half a year to two years for personal interviews and ask questions such as “for what reason do you become a chain shop owner of MOSS BURGER” in such discussion. Those who have passed such a strict examination, that is, the franchisees independently manage the “MOS BURGER Prosperity Group”. The head office and franchisees respect each other. We launched the franchise business in the year after the opening of business.

We are in a capital-independent relationship. Keeping a motivation after undergoing a rigorous examination as being a myth is based on mutual understanding, mutual enlightenment and “acting with the team”. The staff of MOS BURGER in Japan shares the idea by chanting the basic policy before starting work. 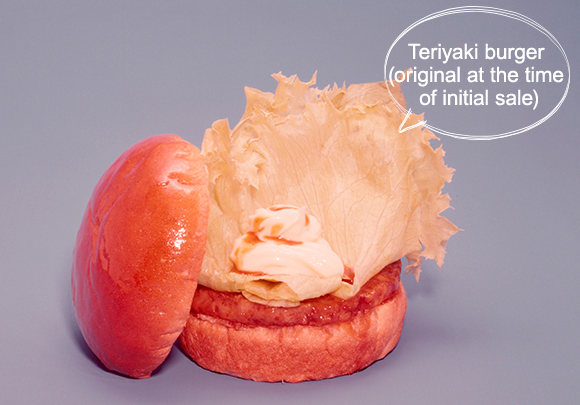 Philosophy and policy are similar in both domestic and overseas, and we value it to make sure of them. Even overseas, we are developing the franchise business in the same way as in Japan. In Taiwan it has been 27 years since established a joint venture company. Likewise in other countries as well, it is difficult to open up our way if the basic philosophy is not agreed. For this reason, we ask overseas partners to understand that “to do good management” means “to grow as a result” and then “it will be profitable”. We tell that we cannot work together with the mind that “profitable business” is the first.

We think that it is more important whether or not the mind of “to take care of our fellows and customers first” is more consistent than our own interests. This never change in other countries as well.

Starting from an era where even the existence of hamburgers was unknown, we are constantly asking for the pursuit of hamburger diversity and further on the way the chain is.

By matching various changes in “way of living” and considering various scenes that motivate customers to visit, at any opportunity such as business talking, housewife’s enjoyable time with dessert, slow meals, we think that “plus alpha” is necessary like “MOS BURGER is delicious after all!” For this purpose, we also operate other business types such as “MotherLeaf” that is waffle and tea shop.

In this way, the necessity to enjoy the atmosphere different from MOS BURGER also comes out in the life scene. That will be the way of service, food ingredients themselves. Considering the TPO that our customers choose, we are making every effort to bring them the option of “going to MOS BURGER or MotherLeaf”.

We continue to increase the number of good brands that will become our main business in the future. 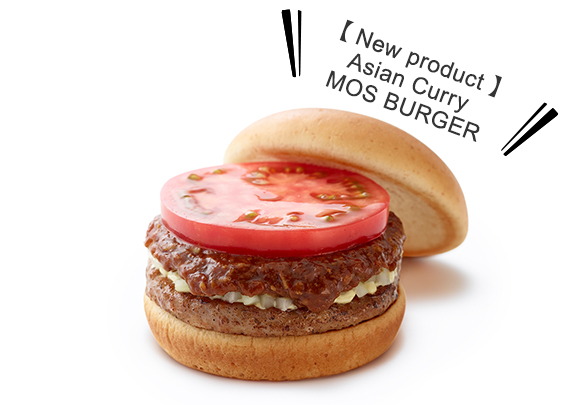 ■ Thinking about the respect to the founder and Paris

My uncle, the founder of the brand, died suddenly. After his death without a will, his management companions taught me various things. I think that chain shop owners and shop managers who once talked with the founder is now less than a quarter of the whole, but the thought of the founder is still being accepted and evolving.

After I joined the company, I went to many countries such as Taiwan and Singapore. When I travelled to Europe about 10 years ago, I came to Paris, Italy, London. When I stopped by Champs Elysees, I thought “I would like to put out MOS FOOD here, where is one of the cities where tourists come most in the world”. The possibility is expanded as Europe is continental.

When I stood again in the same location on which I thought of my mind, the strength of my thought remained unchanged and the same as before. I believe that “keeping the thoughts is important”. 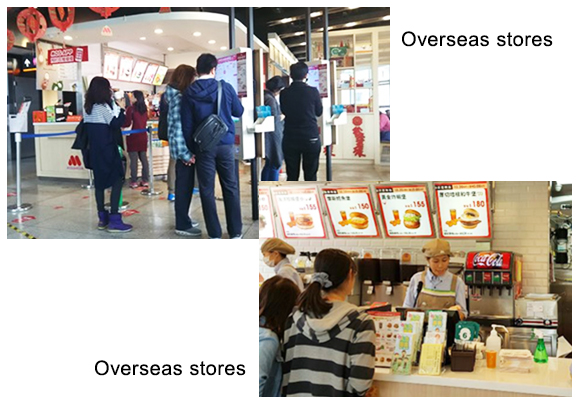 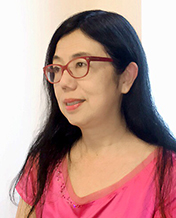 It is a story of MOS BURGER founder who fell in love with hamburger which he ate in America and opened his own hamburger shop the following year when McDonald landed in Japan.

Mr. Atsushi Sakurada told us about a story from the founding to the present day of the company. He is a nephew and now Chairman and Representative Director of MOS FOOD. While listening to the story I felt like I was time slipping in America around the 1970s. I took this exciting feeling back to the office and searched for Original Tommy’s Hamburgers which served as a model and found a logo mark.
The founder’s venture spirits are still being handed over to the many products of MOS BURGER with soul.
Furthermore, while listening to his story in Paris, I felt like the founder Mr. Sakurada who I had never met, was smiling beside us. 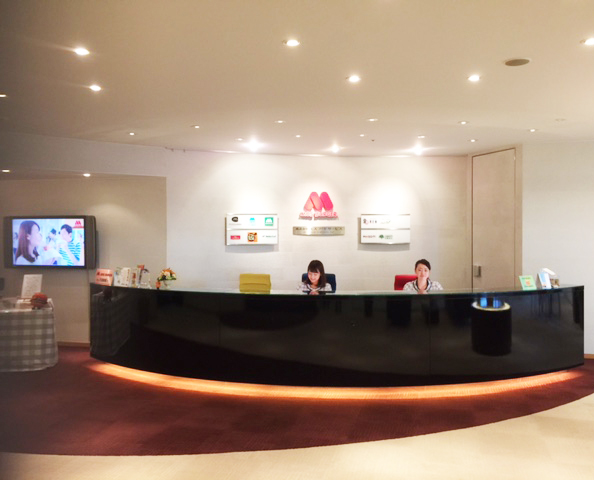