I had been very much loved by my grandmother since childhood. One day after 5 years since I became a doctor, she suddenly became bedridden due to hemorrhagic cerebral infarction.
It was hard to find a hospital or an institution which can provide rehabilitation caring to improve a bedridden patient in chronic phase. Since then, I had continued to think about anything that I can do. As a result, I determined and resigned a cardiac surgeon at a medical office of university hospital and found the way of rehabilitation medicine.
Anyone can feel most comfortable and relaxed with one’s home and town. “Spending a life along with family, friends and precious memories with them as long as possible”. It is a common wish to anyone. I was not convinced that I had to give up the wish because of no circumstance corresponding to our need. 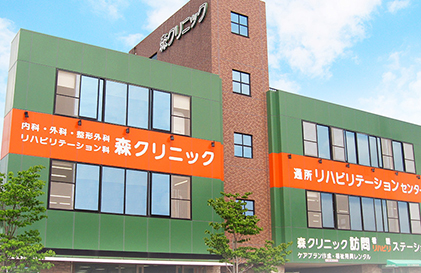 What I learned while working at a rehabilitation hospital is the fact that there are very few institutions which accept the rehabilitation for outpatients who returned to their homes after the acute period. It was due to one of the problems of the medical system. Until then I was not aware of the existence of so many “rehabilitation refugees”.
When all have been done at hospital, patients have to be back home. However those who have difficulty living at home will be admitted to hospitals in chronic phase by using their nursing-care insurances or will enter the special elderly nursing homes. Either way, they lose the place to rehabilitate, even the person who was able to walk is forced to move with a wheelchair for safety reason or may be confined to the bed of facility. Namely it seems that the fact of “losing the right to become healthy”, which affects one’s life, casts a big challenge. 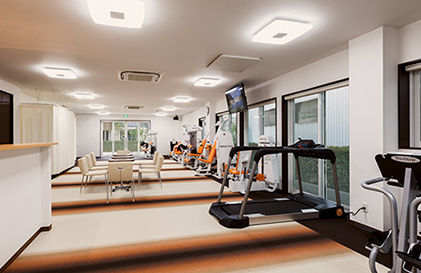 Since I founded a clinic specializing in rehabilitation in 2000, I have kept pondering the thought that “I would like chronically ill and frail elderly persons to keep living with their families”.
My POLARIS Day-Care Service Center pursues the self-supportive nursing careunder the philosophy of ”independence support facility to encourage users to rejuvenate physically and mentally” and focuses on improving ”quality” of rehabilitation by accurately and carefully applying rehabilitation programs including power rehabilitations. 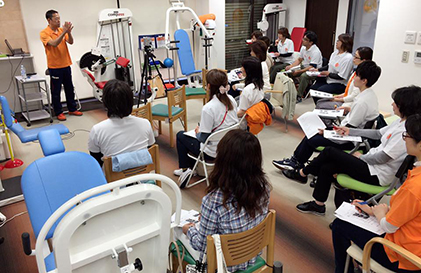 ■ To make the world better

It has been five years since I started the franchise development but I still receive advices from people concerned about the points to be improved. On the other hand, I think that “the most important thing is to spread self-supportive nursing care”.
I would like to extend the idea of self-supportive nursing care not only in Japan but to all over the world
Now the half of 70 facilities are operated by our franchise owners.
More than 200 people changed the nursing-care insurance grade, which led to the national budget reduction of 1.3 billion yen and the Ministry of Health, Labor and Welfare also paid attention to the model of POLARIS. 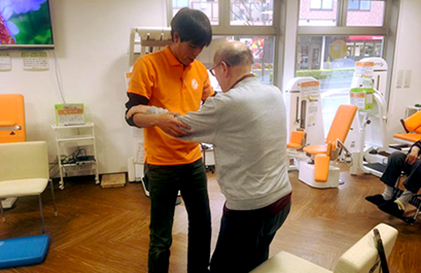 Currently the “Asia Human Well-Being Initiative ”, which is also related to Cool Japan, receives a great deal of attention and it is deeply linked with the ”Future Investment Meeting” recommended by the government. In addition, cooperative works with care workers will be also important in the future.
Recently there are incentives for rejuvenated and certified people. If the person in need of nursing care gets well, our income will be reduced for a while, but on the other hand, users who want to get better are increasing. As a result, the more people become healthy the more the domestic financial burden will be further reduced. 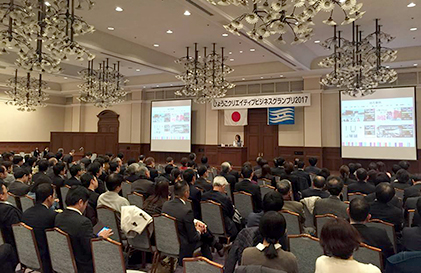 Asian countries such as China, Taiwan and Vietnam are bothering with the same situation as Japan. By the year of 2050, the population composition will drastically change.
As a business, I agree with the external opinion that the direct operation only in Japan is more profitable but I am considering the development all over the world starting from Japan.
It seems that emergency treatment of diseases and injuries is excellent in Japan but the response to chronic treatment has just begun. From now on, it is necessary to have a structure and services which allow people to receive rehabilitation / treatment in order to return to their original life, not only in Japan but in the whole world. 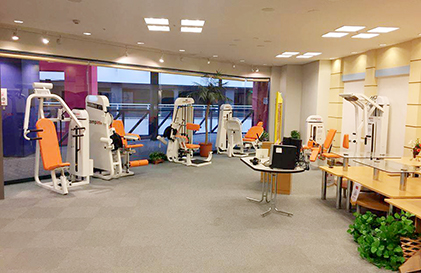 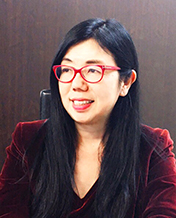 Doctor Tsuyoshi Mori is receiving attention as a social venture of community-based social contribution project. He took entrance examinations for some medical schools of national universities. While his school friends passed the first choice universities, he was reluctantly rejected.
Mr. Mori is consistent in his beliefs and I cannot find his frustrated feeling at all but he said that a number of self-conscious questions that do not appear in the table led to his motivation and the turning point of POLARIS management.
From now on, a lot of people is going to help Mr. Mori’s solution to social problems and they will prepare a cooperative system.
Japan is entering a super aging society with unprecedented speed in the world but this is not a problem only in Japan, the second and third countries are following Japan. It is clear from the current world population composition.
After finishing the interview, my expectation that POLARIS’ method penetrates throughout Japan and even spreads around the world became stronger before.